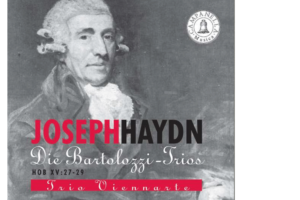 It is a well-known fact that when in 1760 Haydn married Maria Anna Theresia Keller, a wigmaker’s daughter, he was not making a sensible choice. However, this obvious mistake was not able to cloud his general attitude to the fair sex, as is shown by the number of women to whom he dedicated solo and chamber works for piano. Amongst these we find Theresa Jansen, from Aachen, whose father, a very successful dancing master, had moved in 1787 to London, where his daughter, who was also a gifted composer, was receiving lessons from the highly-regarded Muzio Clementi. When in 1795 she married an art dealer, Gaetano Bartolozzi, one of the witnesses at the ceremony was Haydn, who was staying in the capital at the time.

It is irrelevant whether he intended the three piano trios Hob. XV 27-29 as a wedding gift or dedicated them to the young musician together with the three piano sonatas Hob. XVI 50-52 purely as a convenient opportunity; be that as it may, they demand a high degree of pianistic skill, and their charm and playful grace show that Haydn, despite the fact that her name bore a certain similarity to that of his wife, who had remained in Vienna, had not left the straight and narrow when composing these most beguiling pieces.