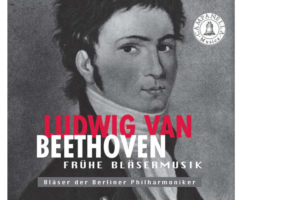 In 1972, when Beethoven turned his back for ever on Bonn, the city of his birth, in whose court band he had been playing viola under Joseph Reicha, he took with him the good wishes of his old friends and supporters. Their kind words must soon have come to fruition, as it is undeniable that, once he had arrived in Vienna, the young musician underwent a huge change: “Through unceasing diligence you will receive Mozart’s spirit from the hands of Haydn,” Graf Ferdinand von Waldstein, later the dedicatee of a great piano sonata, had written in Beethoven’s album on his departure – and he in particular must have been surprised by Beethoven’s rapid development, since he was acquainted with the composer’s early compositional experiments, from the little E flat major concerto, the three “Kurfürsten” sonatas and three piano quartets to the Ritterballett, and was able to make a direct comparison.

Most of the wind music in this recording dates from the Bonn days. These were pieces Beethoven had written, as the mood took him, for his colleagues in the court band: short, light-hearted trivialities for a variety of instrumental combinations. These have been paired here with two works written in Vienna around the time of the B flat piano concerto: the C major trio with the misleadingly late opus number 87 and the Variations on Mozart’s “Là ci darem la mano”, both for a cheerful trio of oboes and cor anglais, next to which the piano trios op. 1 and the sonatas op. 2 stand out as signposts to the future.